The Queen and The Duke of Edinburgh, Visit the Isle of Wight on the 25th of July, the final day of her UK tour. Intermarine designed and supplied 2 new non-slip (very important in this instance!) bridges, one of which is pictured below. The new bridges provide improved access for the existing marina pontoons at Cowes Yacht Haven. 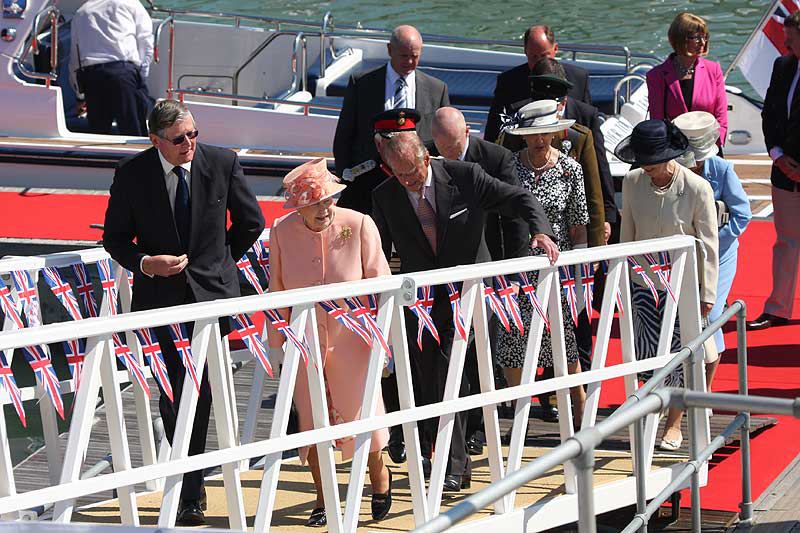 Prince Charles & Camilla photographed on Intermarine’s Pontoons at Three Mills in London. The water bus landing for British Waterways (now called The Canal and River Trust, see article here) included a bridge with artist designed infill panels and a heavy duty water bus landing pontoon that will ultimately for part of a waterway link into the Olympic site. 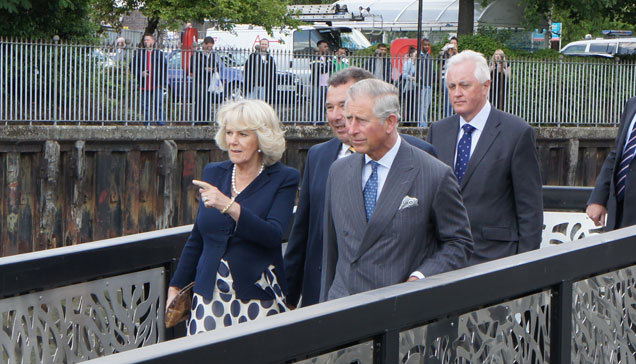 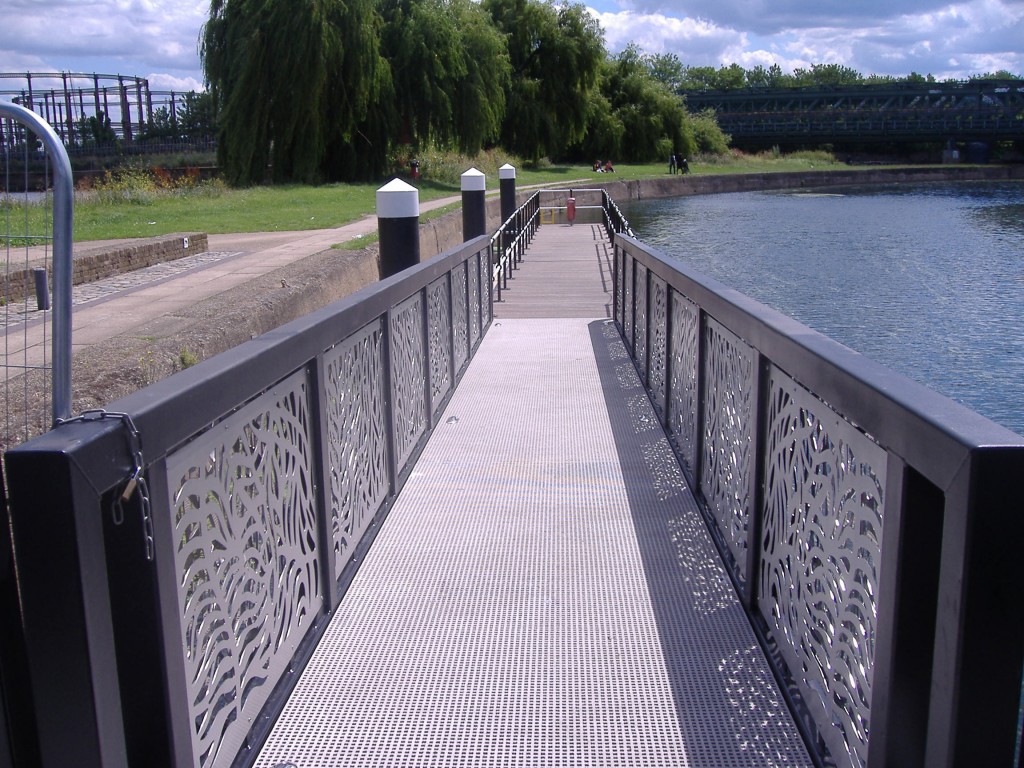 This is not our first ‘Royal Visitation’, The Queen opened the new training facility for the RNLI in Pool and the Falkirk Wheel, which both include Intermarine pontoons. 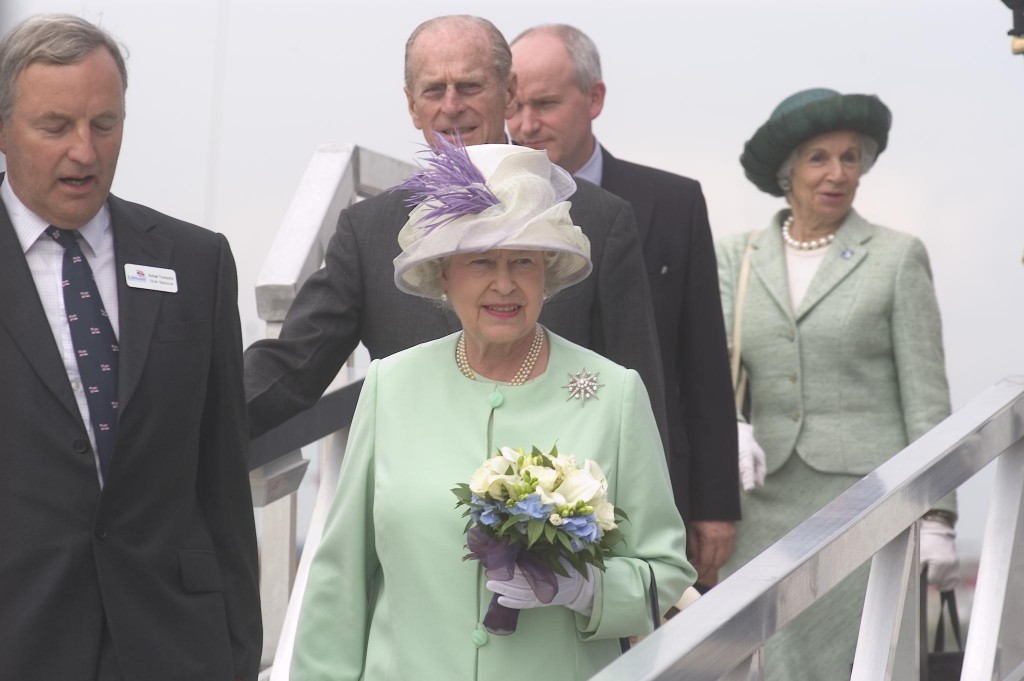 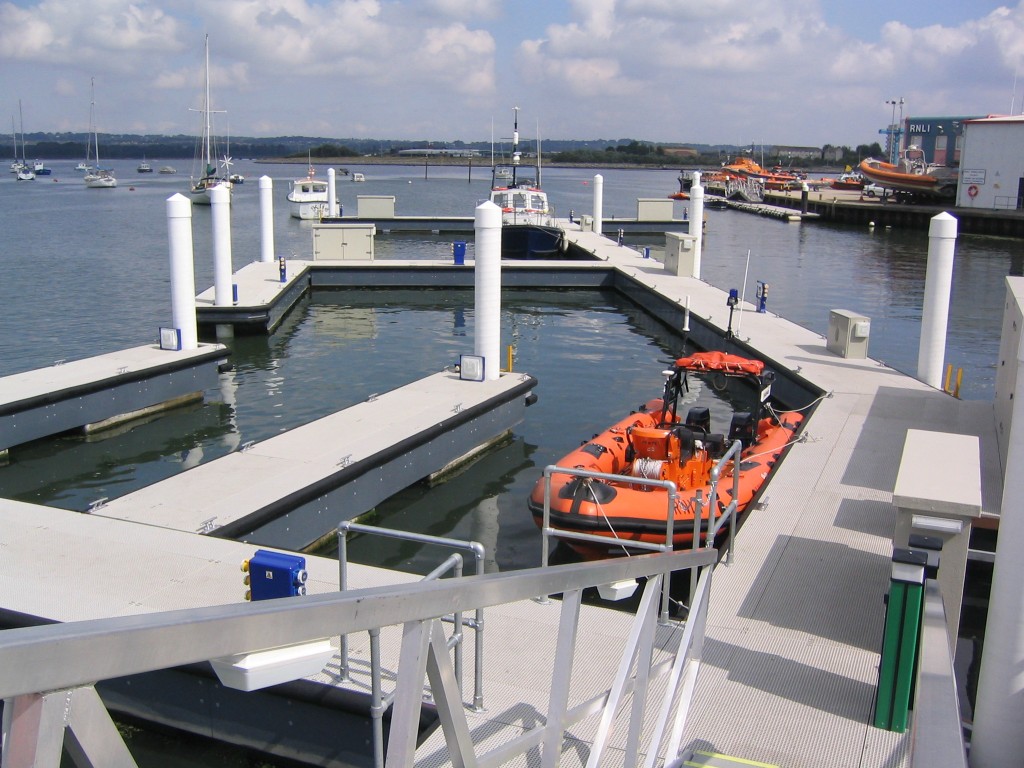 Intermarine Pontoons within the Olympic Park London
Return to Liverpool