The Port of Southampton now has a new inner wavebreak pontoon at Town Quay thanks to the work of Intermarine, as part of the Mackley Group. Originally announced at Seawork 2011, Associated British Ports (ABP) extended the scope of the project midway by adding 3 new units to replace the outer wavebreak at the same time.

The new inner breakwater project comprising 7 individual 65 ton floating concrete units, was designed in collaboration with Ørsta of Norway. At 129 metres long and 5 metres wide, the inner wavebreak is now one of the largest in the UK.

The new outer wavebreak has taken the already large concrete units, extended them to 22 metres long, and increased the weight of each of the 3 new units to 80 tons.

Traditionally, large breakwater pontoons are manufactured in mainland Europe and transported to the UK by ship. With this project however, Intermarine decided to build the floating concrete units on site, thereby creating financial savings, environmental benefits, and utilizing the best of British materials and skilled labour.

Twelve months on, Intermarine, a Southampton-based supplier of marina pontoons, has successfully delivered in an exposed environment and during hazardous winter weather conditions, for the Port of Southampton. 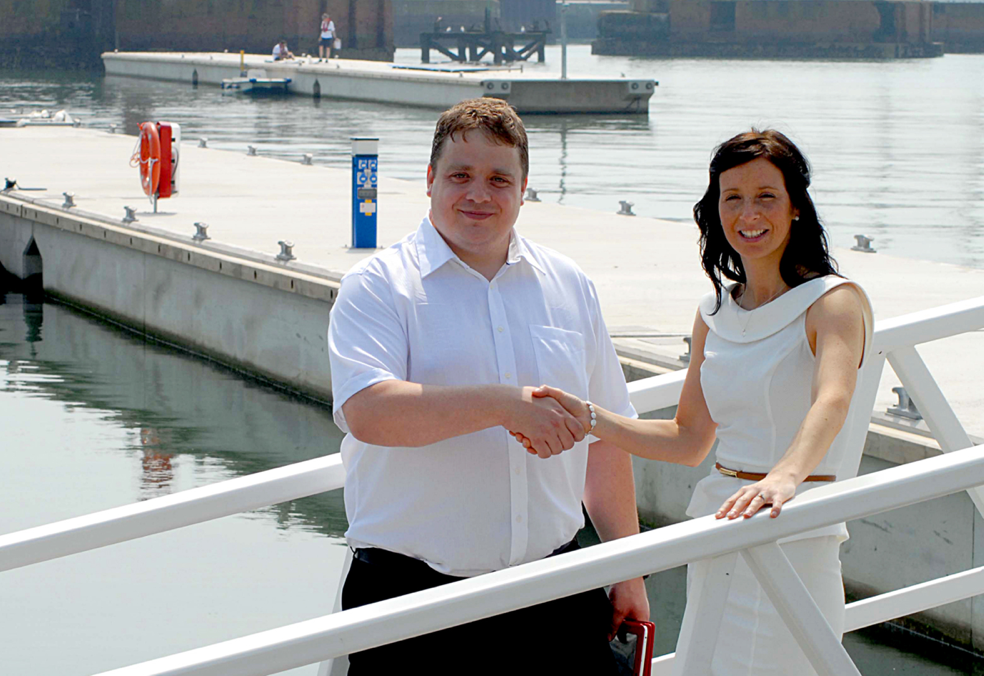